We believe in the power of human intelligence at scale.

At Nudge Security, we believe that every employee has the potential to behave in ways that support and strengthen an organization’s cybersecurity posture—it's just not always simple or straightforward to do so. We are changing that. Our mission is to secure modern organizations by harnessing the power of the modern workforce.

The Nudge Security team grew up in cybersecurity and spent decades building and growing market-shaping companies, products, and research to protect global organizations against emerging and evolving cyber risks. 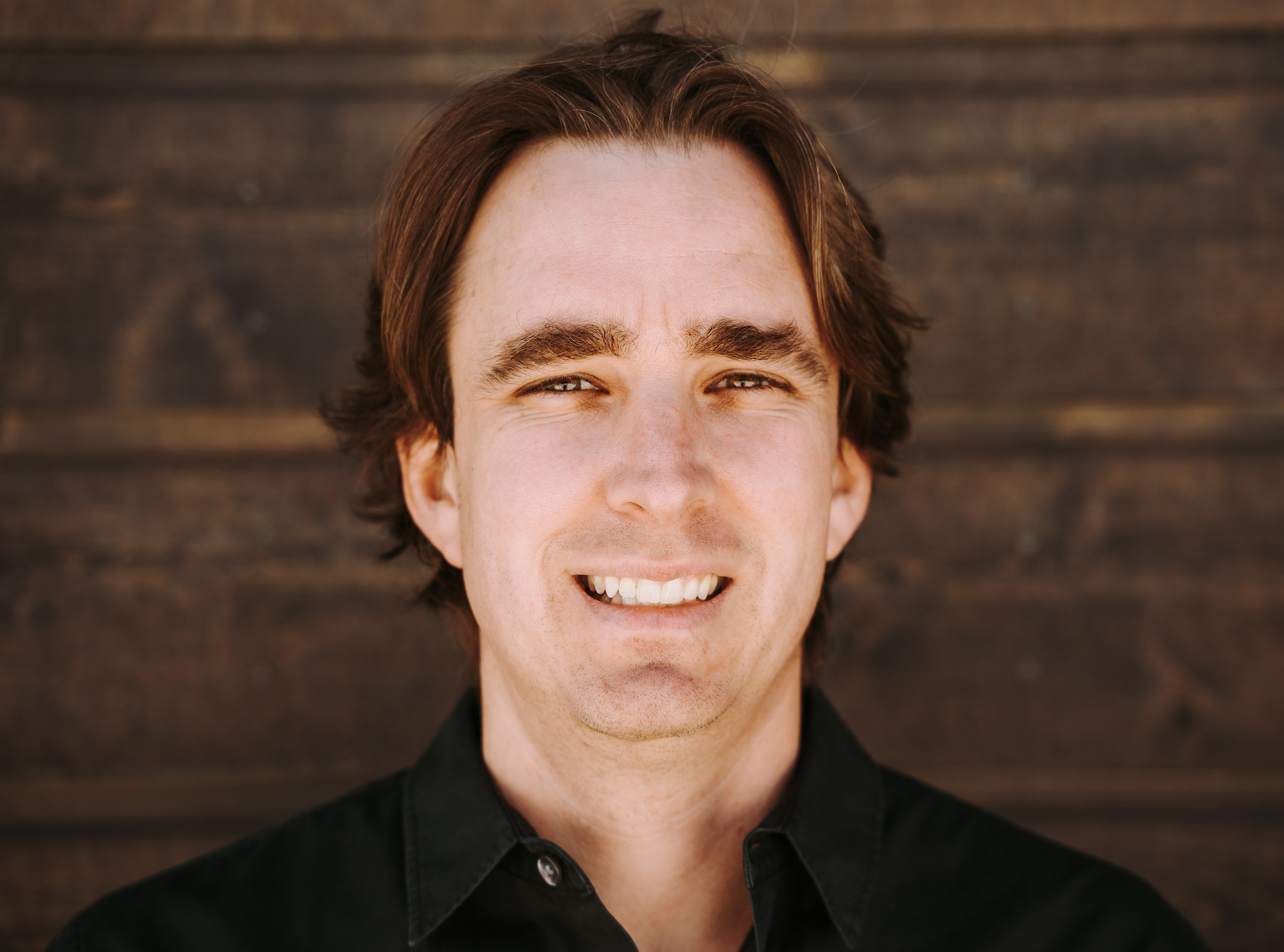 Russell has over 15 years of experience building products and startup companies that secure organizations worldwide. Most recently, Russell served as VP of Products and Strategy at AT&T Cybersecurity, one of the world’s top-five largest managed security service providers (MSSPs).

Prior to acquisition by AT&T, Russell led products at AlienVault, where he drove mass market adoption of full-stack threat detection and response solutions. He co-founded the Open Threat Exchange, the world’s largest open threat intelligence community with over 200,000 global participants today.

Earlier in his career, Russell led products at Fortify Software, a company that established the now $12.9 billion application security market and dominated the leadership quadrant of the Gartner MQ for 11 straight years. 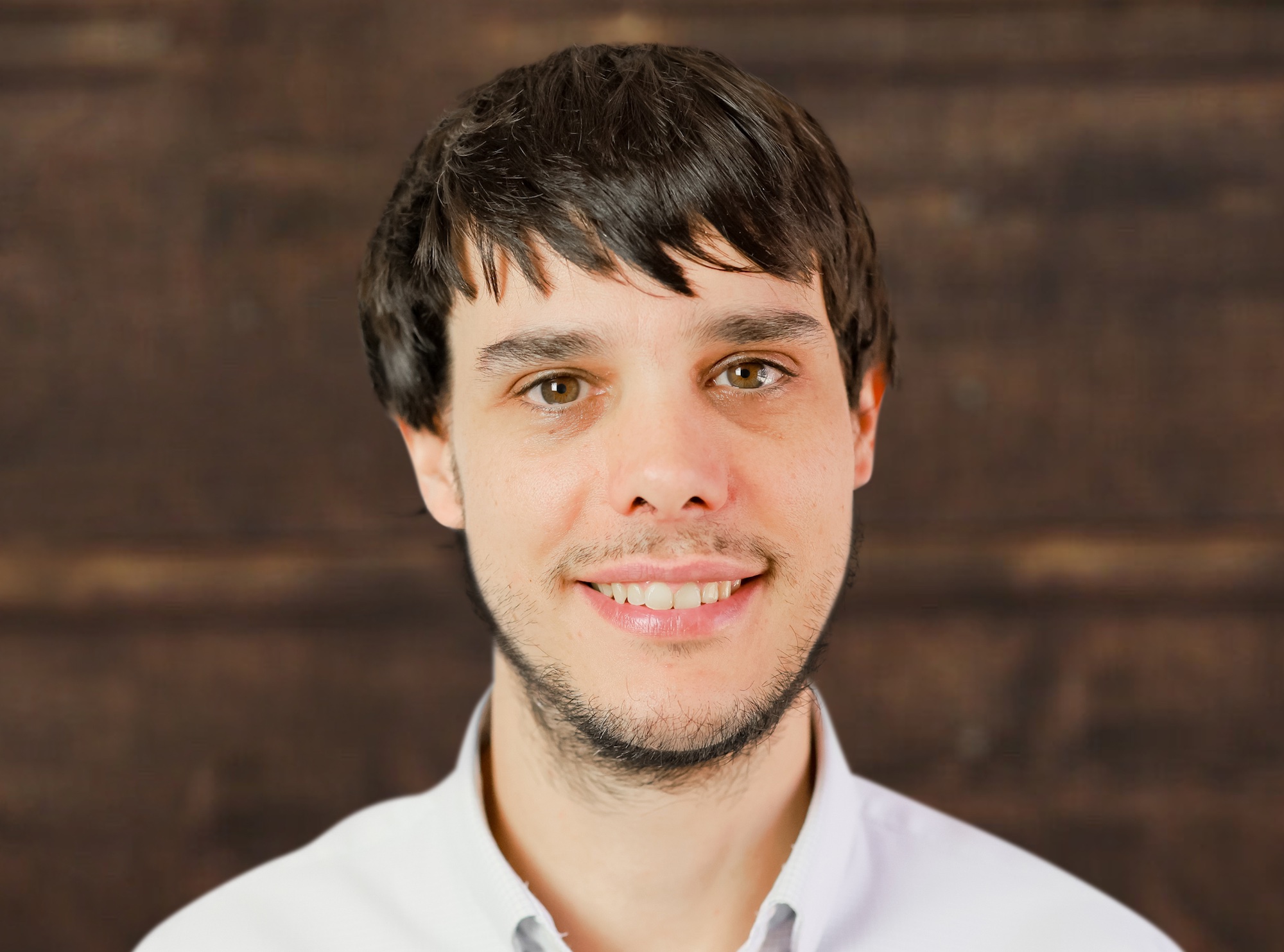 Jaime is a renowned security researcher with experience across network security, malware analysis, and incident response. Most recently, Jaime was VP at AT&T Cybersecurity, where he led AT&T Alien Labs, the threat intelligence and data science unit for AT&T Cybersecurity.

Prior to acquisition by AT&T, Jaime served as Chief Scientist at AlienVault, where he researched emerging and evolving global threats to fuel AlienVault's threat detection and response mechanisms. He co-founded the Open Threat Exchange, the world’s largest open threat intelligence community with over 200,000 global participants.

Earlier in his career, Jaime founded multiple startups related to web application security, source code analysis, and incident response. His research has been frequently cited in international publications such as The New York Times, WIRED, The Washington Post, and Al Jazeera.

Nudge Security is proudly funded by Ballistic Ventures, a VC firm solely dedicated to funding and incubating innovations in cybersecurity.

The partners at Ballistic Ventures have spent their entire careers defending against every cyber threat conceivable. Combined, they have founded, operated, or funded over 90 successful cybersecurity firms, led over 10,000 security professionals globally, and have 40+ years of experience in venture capital.
‍ 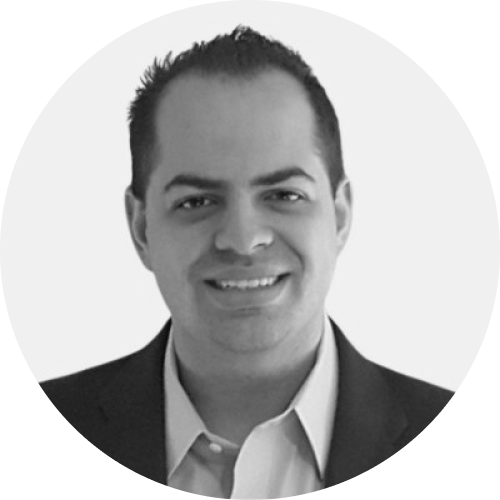 "I recently had a chance to try out Nudge Security and the experience was amazing! Here is what I found awesome: They made it super easy to get started (configured in 5 mins). There were zero super aggressive sales tactics. Instead of hundreds of alerts, I got to see which ones mattered most right now. There are no heavy handed controls, it's based on 'nudging' users to make better security choices." 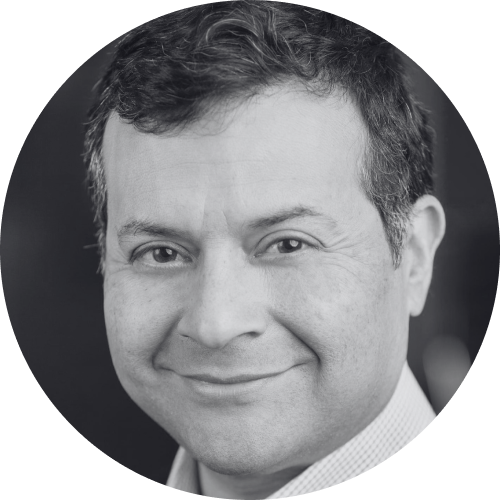 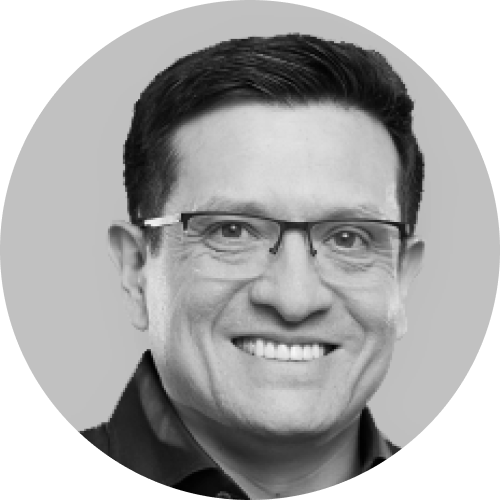 "I am of the opinion that SaaS sprawl is a good thing, you have to give your team the flexibility to explore and discover new tools that will help them become more effective at their job. Ideally all those apps should be authenticating in a centralized way using an identity provider like Okta, however, in the real world, it is imperative to have mechanisms in place to account, find and manage the sprawling of those apps and nudge users to help secure the flow of information." 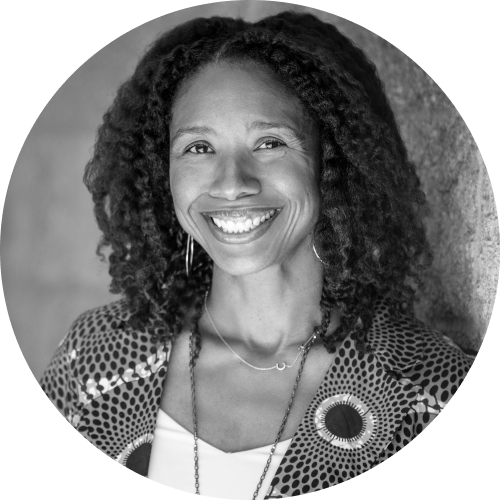 VP Applications and IT
Unify Consulting

“Modern CIOs face a difficult balancing act enabling a highly distributed workforce with access to data and technology while trying to control the costs and risks associated with unchecked SaaS sprawl. Nudge Security strikes the right balance and helps modern organizations like ours manage the tide of SaaS sprawl without constraining employees’ abilities to move the business forward.” 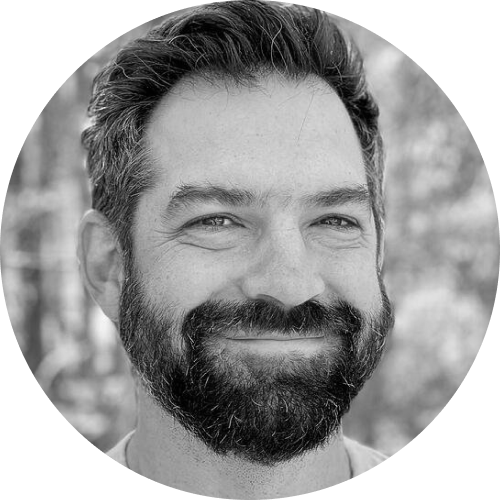 “Even in cybersecurity, people’s attitudes and emotions are strong predictors of their behaviors. Security leaders are setting themselves up for failure when they implement security controls and policies under the false notion that employees will comply unconditionally, regardless of how frustrating or unreasonable they find the experience to be.” 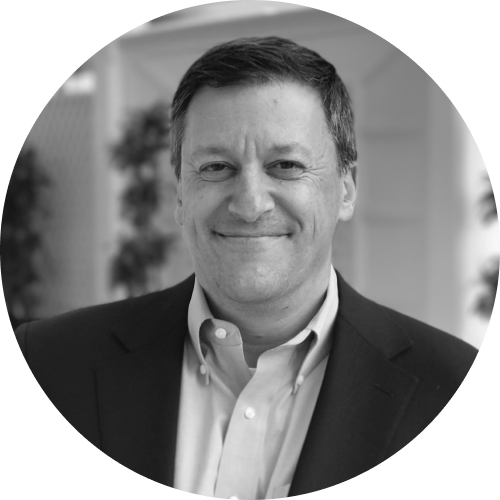 “Today, every employee acts as their own CIO and can easily reach for a new cloud or SaaS tool to solve virtually any problem. While organizations see massive gains in productivity and employee satisfaction from such unencumbered IT adoption, cybersecurity has been slow to adapt.” 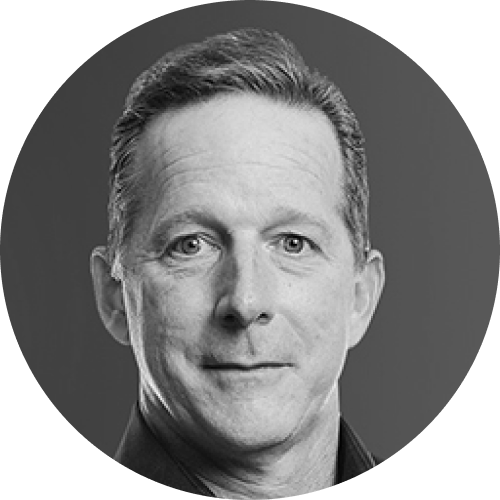 “In today's SaaS-fueled enterprise, monitoring access at the network layer is no longer enough. Context is key, and 'SaaS context as control' becomes the basis for implementing modern identity- and data-based security controls. Nudge Security innovates beyond other cloud and SaaS security technologies by providing SaaS context quickly and efficiently across all applications and user accounts, managed and unmanaged, enabling security and IT professionals to modernize their SaaS governance efforts.” 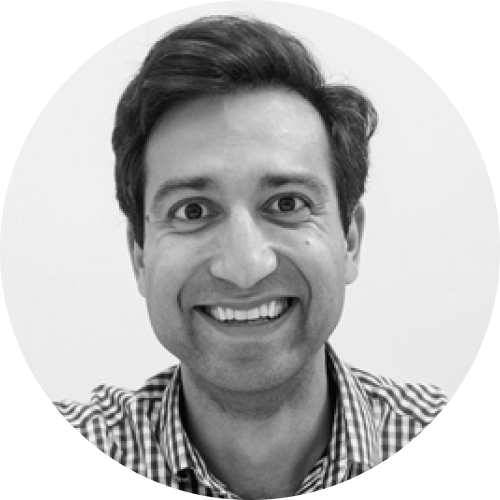 “Security teams need to focus on fighting real adversaries, not their colleagues. Nudge Security alleviates the time spent chasing down employees to get them to follow security policies, and it does so in a friendly, automated way that’s much more effective and less stressful for everyone involved.” 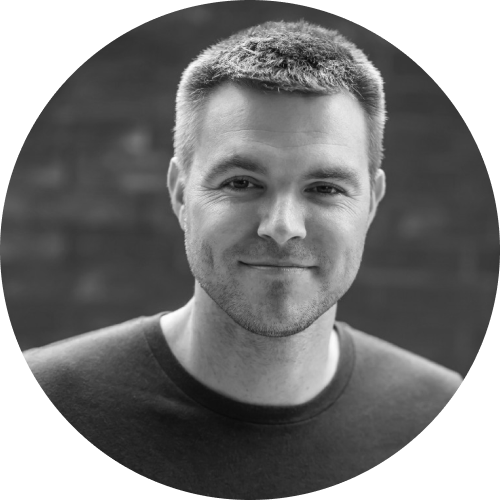 “As more data moves to cloud and SaaS environments, threat actors are turning their sights on assets and user credentials of which security teams may have little to no awareness. Nudge Security has an innovative approach that helps security teams shore up their defenses against cloud and SaaS threats, starting at the critical point of making the unknown known.” 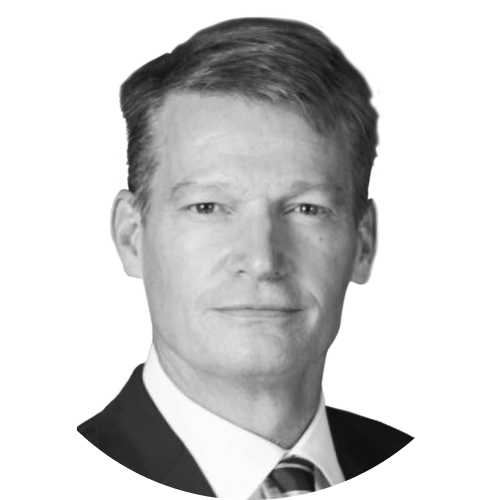 “Whether they're ready to admit it or not, every security leader is contending with a sprawling mix of cloud and SaaS providers, permissions, accounts, and identities. Until now, this emerging attack surface has been largely invisible and vulnerable to the types of supply chain attacks in the headlines week after week. Nudge Security recognized that securing the SaaS supply chain is one of the core challenges of modern cybersecurity, and that’s why the Ballistic Ventures team was so eager to invest.” 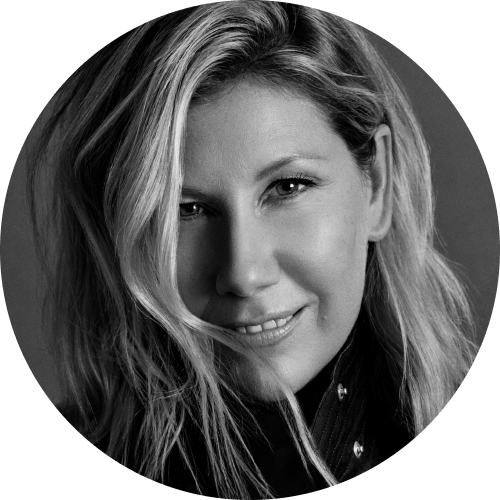 “For years, the industry has treated cybersecurity as a technology problem when, in fact, it is humans that play the biggest role in keeping enterprises cyber secure. Finally, Nudge Security has emerged to tackle the hardest soft problem in the industry—human behavior.” 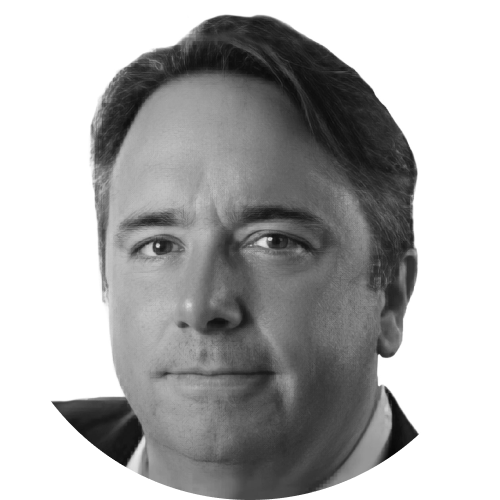 “Adversaries are constantly finding new ways to socially engineer employees and attack the vast supply chain of SaaS applications they’re using to gain access to organizations. Every CISO is aware of the challenge they’re up against, and now it’s our job to make sure every CISO knows about Nudge Security and the way they enable employees to be a key part of an enterprise’s defense.”

See what you're missing.

Sign up for product updates, resources, and news. We promise we'll never send you spam. Or boring emails. Ever.
Thank you! Your submission has been received!
Oops! Something went wrong while submitting the form.